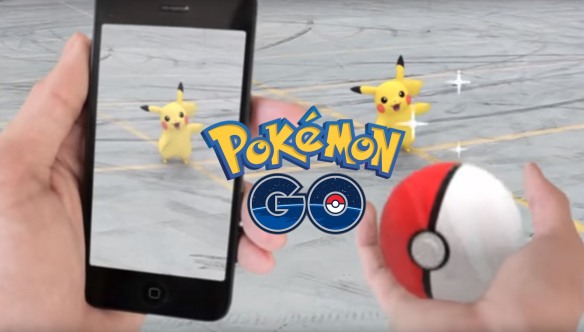 Last weekend I installed PokemonGO on my iPhone before visiting (my not-best friend), Worms. He told me he would teach me how to PokemonGO once I got to his house. So, I quickly installed it on my phone while playing MGS on my PS4 and then didn’t touch it until I arrived at his house.

I went to his house and me, Rizzdoggs and (my not-best friend) Worms went walking around the Granada golf course with our phones, two dogs and my beer. After finding a few Pokemon and wasting about half of my phone battery I was addicted, but also hungry. So, I ran back to Worms house for my sushi.

I’ve heard so many people hating on PokemonGO. They’re angry that it’s taking over the scene. There’s one thing all the haters have in common — they haven’t played the game yet. They haven’t even installed it on their phones. These haters are the same people who hate the idea of an all female Ghostbusters movie, but guess what haters… I’m watching that this weekend and I’ll probably play some PokemonGO, too.

Why do these people hate PokemonGO without ever trying it? I don’t know, but my guess is they’re scared. They’re scared of it taking over their life and becoming all that they do. The game has become a curse for some, but that’s because some people are idiots. Don’t PokemonGO while you’re driving in your car on the highway. (1) There’s no Pokemon hiding on the highway, Niantic has conveniently placed them in parks, malls and places where people walk. (2) It’s not safe to stare at your phone for that long while driving a car.

You don’t need to be staring at your phone while PokemonGo-ing. If you’ve run into a pole, wall or other obstacle then you are also dumb. When searching for Pokemon be smart about it. Open the app, and put your phone down, but keep it in your hand, once it vibrates you’ll know that a Pokemon is nearby. There’s no need to walk around with your phone at your face covering the real world. Also, once you find one stay still, look around using your camera, catch it and be on your way. There’s no need to run around behind it, if you don’t move the Pokemon won’t either.

I still haven’t gotten into how PokemonGO saved my life, but don’t worry I’ll tell you about it now. For the past few weekends I haven’t been waking up early to exercise, or doing any type of physical activity at all. I wake up and eat food and play video games and watch TV, all day. But last Sunday that changed and it changed because of PokemonGO. Last Sunday I decided to ride my longboard around Key Biscayne for 2 hours searching for Pokemon. I must have rode my longboard for 5 km (whatever that means in miles) or more, because I incubated a few eggs on my journey.

Since Sunday I’ve also woken up earlier this week to work out everyday except yesterday. The last few weeks I’ve woken up once or twice and slept in the rest of the week. When I wake up early on the weekdays I don’t do it to search for Pokemon (like other people I know), but I have found some in a few places.

Swimming at the Yacht Club 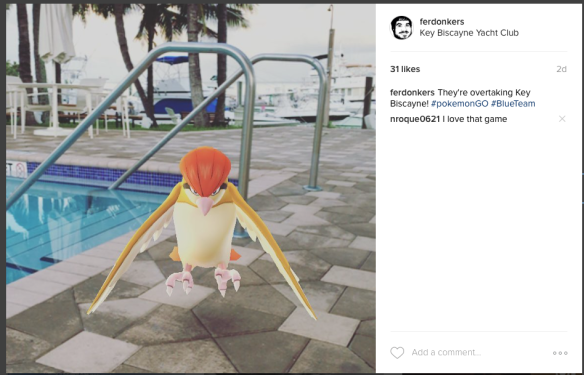 1 thought on “HOW POKEMON GO SAVED MY LIFE!”