Last month, my girlfriend and I moved into a new apartment. We both agreed that it would be a good idea to “Sage” the new place, since it was something we both had only heard of but never tried.

“Do we just order some sage from Amazon?” she asked me, but I thought that didn’t seem right. I told her we had to find a real witch or visit a Witchcraft & Wizardry shop to pick up some proper sage. Who knows where Amazon sage comes from?*

*Side Quest: I later searched for “Sage” on Amazon and it turns out there are many small businesses (possibly small witchcraft shops) providing it.
Still, nothing beats actually going to a witch store yourself.

After some light googling, I found a couple of options for Witchcraft (aka Metaphysical) shops all over Miami. I decided to visit one on US 1, right next to Grown (Ray Allen’s healthy food restaurant I have yet to visit). I really liked this shop, but I’m also excited to visit other local stores in the future and see what kind of vibes I get.

*Side Quest: Before visiting the witchcraft shop I had talked to a friend who is sort of an amateur witch herself about what exactly we needed to cleanse our new
apartment. She recommended both Sage and Palo Santo, one to reset
and the other to invite positive vibes. It was nice to show up to the
witchcraft shop with a little bit of knowledge.

After figuring out what we needed, I visited the shop. I chose this store due to convenience, after leaving a check up at the doctor (my first ever, but maybe you’ll hear about that in another post), this was on the way home. I spoke to a nice lady and learned a lot about Sage, Palo Santo and some other stuff too.

After figuring out exactly what we needed for the new apartment cleansing, I came across a whole section of crystals and elements. I began asking questions about those, and now I am somewhat of a crystal person. My journey began with purchasing a few crystals for my girlfriend and I to carry around in our backpacks.

The cool thing about becoming a crystal person is that you get to choose what to believe and what not to believe. It’s sort of like being a horoscope person.

*Side Quest: Horoscopes are funny because they just state a bunch of information hoping that you will see something you like and say, “Hey, that’s me!.” They also have
different variants, like sun and moon signs, that give you even more
options to choose from.

Crystals are kind of like horoscopes because each crystal has multiple “uses” or traits (or powers). I chose a few based on particular traits, while ignoring others. I recently talked to a friend about her crystal necklace, and she told me it’s not about believing in the crystals magic powers, but more the idea of it — like a positive thinking thing.

Being a crystal person is sort of like creating your own D&D character, but in real life. Carrying around (and wearing) crystals can add a few points to your daily Dexterity, Charisma, Insight, Wisdom and other character traits. It’s a fun way to edit your life’s character sheet.

*Side Quest: When it comes to religion I always thought it would be way more fun to believe in Greek Mythology. How cool is it to have a different god for each concept.
It’s almost like having different superheroes as your gods. Poseidon is like
Aquaman (DC) or Namor (Marvel). Thor is a god from Norse mythology —
another fun collection of gods and rulers.

Another thing I like about crystals is that I can make up any theory about my crystals and make it a real thing. I can even tell others about it (as long as they are not a certified witch or wizard).

I went back to the store last week and picked up a Lava Stone bracelet, because (1) I want to start wearing my stones to absorb more power, and (2) I’ve always wanted to become more of a bracelet person. Now that Johnny Depp vs Amber Heard is over — and Johnny won — it’s still cool to wear a bunch of bracelets like a pirate, right?

Yesterday, I went for a kayak ride on the open water. I would usually not wear any jewelry, other than my Apple Watch for kayaking, running or working out. I decided to keep my Lava Stone bracelet on to “recharge” it with the ocean water. That’s a thing I possibly made up, but now I feel like my Lava Stones are giving me more powers, so it also worked. 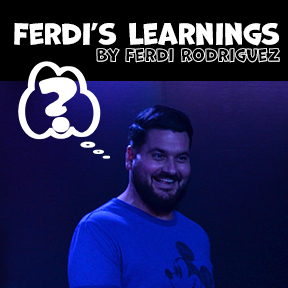