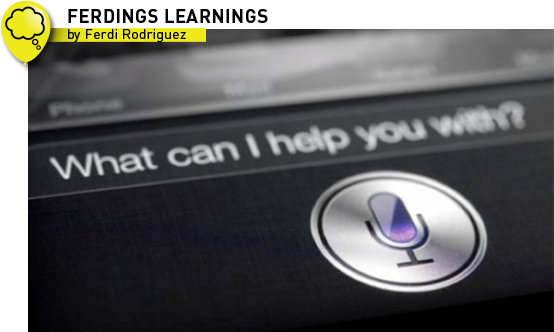 This week I discovered Siri Dictation on my iPhone  (I will call it, “Siri Speak and Spell”). I wrote this article by speaking to Siri in the car, while she took notes. Below is an edited version, as well as the original version of Siri’s notes. Please enjoy:

This week I learned to use “Siri Speak and Spell” on my iPhone. Basically, it works by you talking to your iPhone and Siri attempts to write out what you’re saying. She usually fails miserably to do so correctly. It’s perfect when you’re in the car. It’s awesome for Texting and driving, Twittering and driving or just taking notes while driving.

It’s helpful because I come up with ideas driving home, once I leave class. Now I don’t have to risk my life to remember my great ideas. I can now use “Siri Speak and Spell” and look over it later, but I always choose to look over and edit my ideas while driving. So maybe this whole thing is pointless.

Siri usually messes up horribly. Just look below, what the hell is a Mossock or a SolaRola? That is nothing near what I was trying to say. It does work as a good encryption technique, because I am the only one who can understand Siri’s notes.

I used “Siri Speak and Spell” to write this article, while driving, but now I’m editing and changing the everything. Don’t even think about grammar when using “Siri Speak and Spell” because Siri never took those classes in middle school (If she even went to school). She just recognizes sounds and records them.

This article was basically an experiment to see how well Siri could interpret my thoughts into writing. Overall, Siri did a good job. I was able to remember the general idea I was thinking about while driving. I would like to thank the great people at Apple for this sweet technology.

Right now I’m using it to write this article will post tomorrow and looking straight ahead of the road watching the road I speak and it writes it down the grammar in this article is very horrible is it me know. Probably I don’t know I’m do about that organ have to figure it out